Project Goal / To create a data-based artwork that provides a visual commentary on the process of urbanization.

Background / Intersection has been exhibited as a live HTML5 installation as well as in video format. The video work won the Canadian Urbanism Award at the Toronto Urban Film Festival (TUFF) in September 2014 and a new iteration was part of Scotiabank’s Photography Festival in May 2015 at Warden Station and across 62 other Toronto Transit Commission (TTC) screens.

Artist Statement / Intersection forces the viewer into a bird’s eye view of the suburbanization process. A custom HTML5 image processor was created to randomly display government orthophotos as sampled from an unidentified suburban region north of the GTA. Suburban homes, roads, and parking lots are revealed with map-like precision, appearing three-up across the screen in a slot machine-like manner, asking the viewer to search for potential connections across the images. The expanse of suburban Ontario transforms as quickly as a losing turn on a slot machine, with unnamed communities replacing one another, their specific details blurring into a seemingly never ending suburban landscape. The forced perspective of the aerial imagery adds to the overwhelming sense of sameness and repetition, as the transformation of rural lands to suburban developments is represented again and again and again.

Want to work with us? 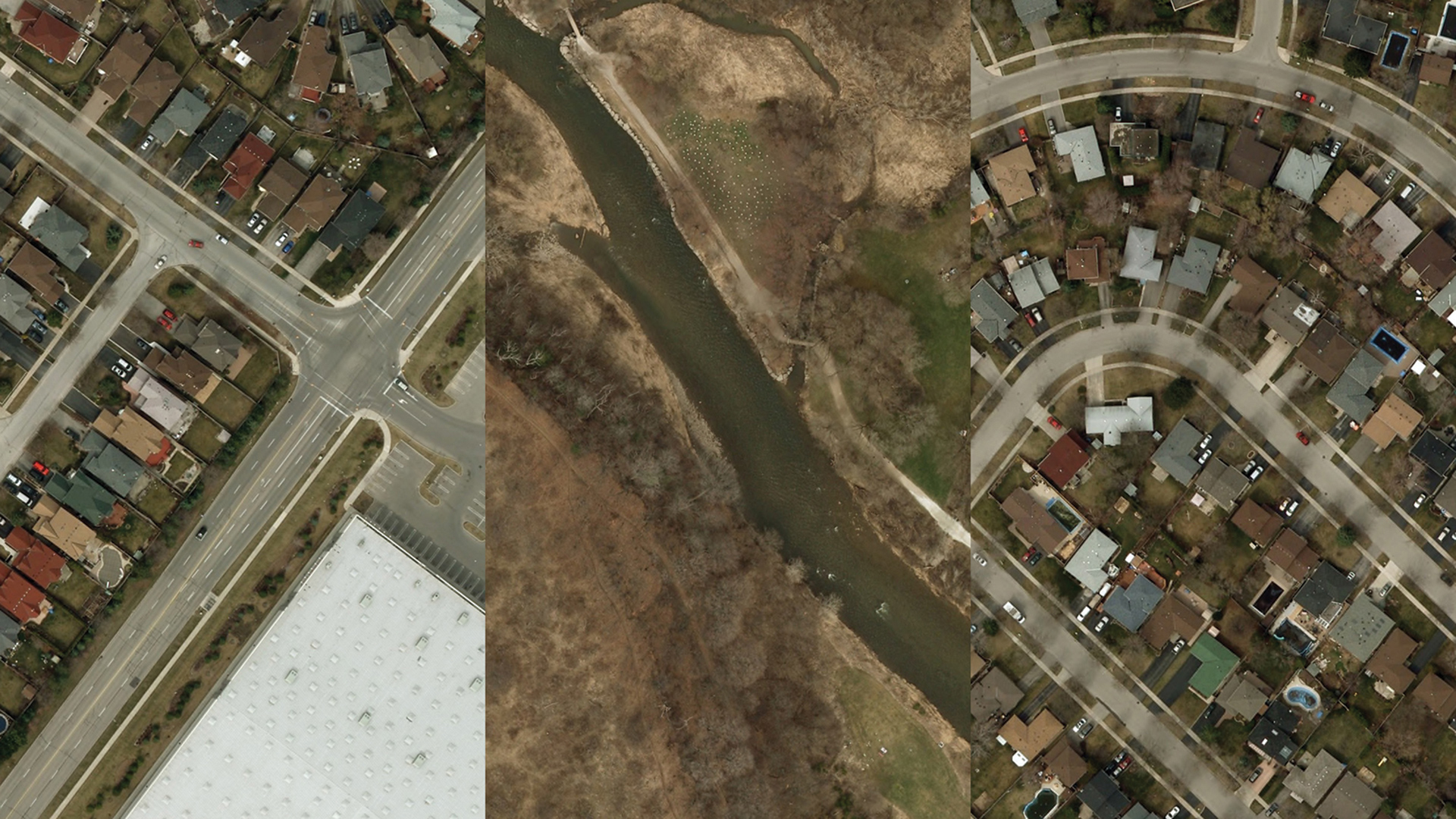