Background / Depth to Water is a code-based work that uses 367,089 private-well water data points to map the geography of Ontario, Canada. It also displays the depth at which water was found for each well at a 100-meter scale revealing a slice-view of the aquifer.

Artist Statement / Thousands of points form recognizable territories thereby connecting the viewer to familiar places. As regions pass across the screen, each dot transforms into a single unearthing of water. Depth to Water places emphasis on groundwater as one continuous subterranean resource, no longer assigned to a temporal scale and summed up by a myriad of water discoveries. While most residents rely on municipal water sources (as evidenced by a lack of data points near larger cities), a subset depend on groundwater wells. When wells are depicted as a perforated sheet transitioning over a watercolor canvas, the extent and scope of our groundwater use is revealed. As Benjamin Franklin once said: “When the well’s dry, we know the worth of water.”

Science Statement / Depth to Water displays a subset of the Ontario Water Well Information System Access Database (WWIS). The display is partitioned into two sections. The upper section displays the position of wells in decimal degrees, while the lower section displays 100 meters of depth as each well intersects the middle boundary. Wells deeper than 100 meters are displayed, but continue off the screen. Municipal locations of interest were geocoded and added as spatial reference points. The algorithm displaying the data uses MySQL to query the well and city databases. The program is rendered in HTML5 canvas. The colors and texture were created using watercolor and specialized paper.

Want to work with us? 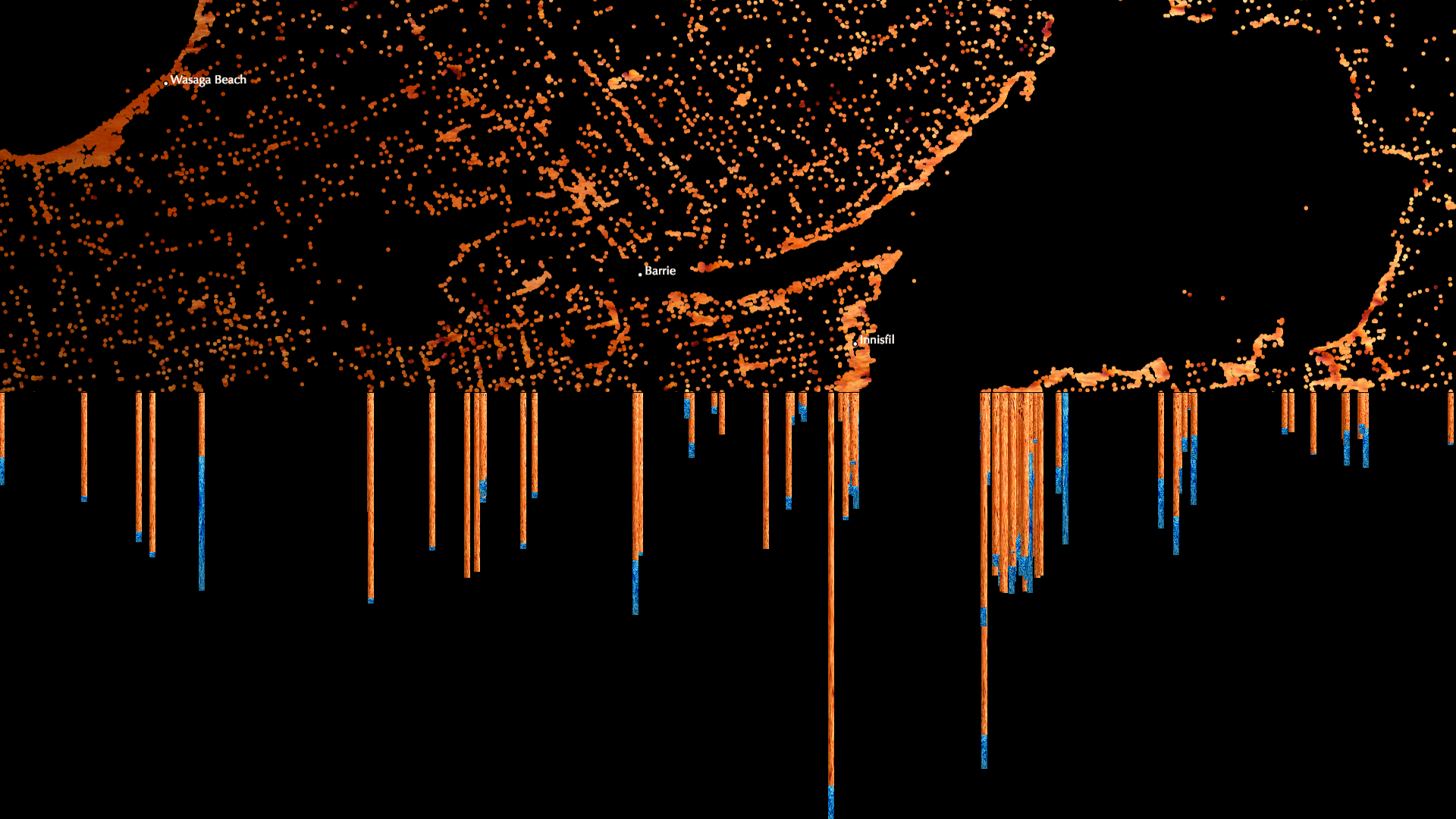